Fraktal isman literally means the fractal path of life. Fraktalisman has been an experiment in art, music, and technology, like the emerging internet used to be in the late 20th century. An early source of inspiration, the theory of fractals evolved into practice when computers were made to produce colourful imagery based on complex mathematics. Zooming into greater detail, one will behold the same geometric forms over and over again, a process whic can be repeated infinitely and which is known to scientists as self similarity. Apart from their optical fascination, fractals are an interactive illustration of the philosophy of zen buddhism and christian mystics about all the large and universal structures of life being contained in the smallest things and structures. Furthermore, fractal geometry offered great benefits for science. On its feature about Mandelbrot's fractal geometry, IBM states that "Biology and healthcare are only some of the latest applications of fractal geometry. The developments arising from the Mandelbrot set have been as diverse as the alluring shapes it generates. Fractal-based antennas that pick up the widest range of known frequencies are now used in many wireless devices. Graphic design and image editing programs use fractals to create beautifully complex landscapes and life-like special effects. And fractal statistical analyses of forests can measure and quantify how much carbon dioxide the world can safely process."

Benoît Mandelbrot: Fractals as a Geometry of Nature

Mind Flash Mag by fraktalisman on flickr
↑ Back to the Top

Layout and style sheet of this page are based on the wordpress theme Accessible Zen by David A. Kennedy and uses the free webfonts Indie Flower by Kimberly Geswein and Kalam by Indian Type foundry.

This site is made with valid HTML 5 and CSS 3 and is best viewed with an open mind.

Responsible for the content of this website: Ingo Steinke
Verantwortlich für den Inhalt dieser Website ist Ingo Steinke aus Düsseldorf.
A data privacy policy (Datenschutzerklärung) conforming to the GDPR (DSGVO) can be found at the bottom of the page (where it belongs). 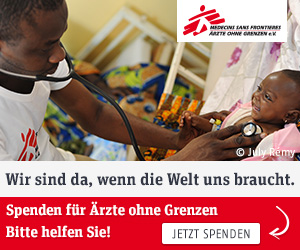 This site respects the European General Data Protection Regulation.
Web fonts are served from our servers in Europe.
We use Google services to display advertisments.

We use a third party server to host our website. Our website server automatically logs the IP address you use to access our website as well as other information about your visit such as the pages accessed, information requested, the date and time of the request, the source of your access to our website (e.g. the website or URL (link) which referred you to our website), and your browser version and operating system. The servers are located in Europe.

Our third party hosting provider stores server logs to ensure network and IT security and so that the server and website remain uncompromised. This includes analysing log files to help identify and prevent unauthorised access to our network, the distribution of malicious code, denial of services attacks and other cyber attacks, by detecting unusual or suspicious activity.

Unless we are investigating suspicious or potential criminal activity, we do not make, nor do we allow our website server provider to make any attempt to identify you from the information collected via server logs.

↑ Back to the Top